Once upon a time I had a student that was quite a character.  Of course he was a drummer….who became a percussionist, Kevin Brubaker.  If you followed my journey on the clipper race you would have seen the adventures I had with Kevin and wife Cheryl in New York.  Well, they sold their place in Brooklyn and bought a Leopard Catamaran.  Moving onto it with Mr. Toast,

they sat out the hurricane season in St. Petersburg and then commenced to go to the Bahamas.  I met them in Nassau and we took off from there.

Kevin working from the boat.  Always searching for a hotspot.

First stop was Allen Cay, the land of the Iguanas. 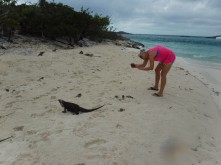 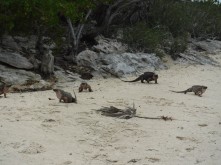 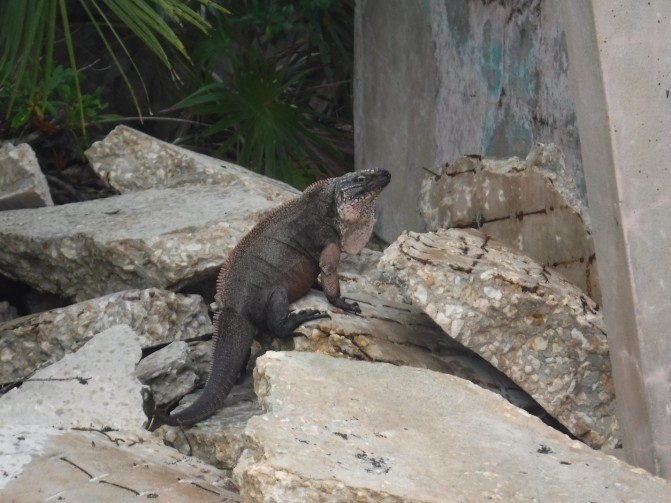 They are really BIG but just looking for food handouts, not trying to hurt anyone.

Exploring the Cay with rain pouring down at different times led us to an old hut.  Too bad it wasn’t big enough to shelter all!

Snorkeling was fun here also but I didn’t count on the current being so strong so it was interesting working against it.  Some great wonders to see by the shores.

From there we raced another catamaran to Norman Cay.

Trim will help go faster!!  Kevin was quite the taskmaster.

…famous for serving as headquarters for Carlos Lehder’s drug smuggling operation from 1978-1982.  The airport is still there and we went over and checked out an airplane that had not made the landing!

One evening we had a bonfire on the beach with our friends from other boats.

And then there was an opportunity to try paddleboarding.  Interesting with a current! 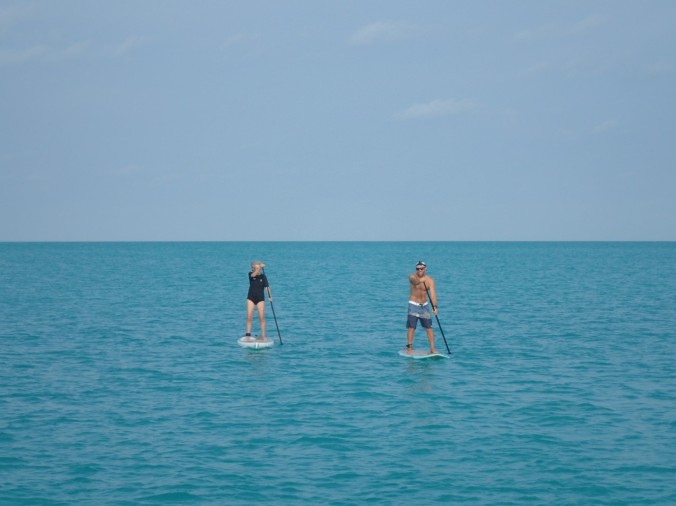 Kevin was a very patient teacher!

And then it was time to head back.  Cheryl tried her hand at fishing but as luck would have it it was good there was food onboard. 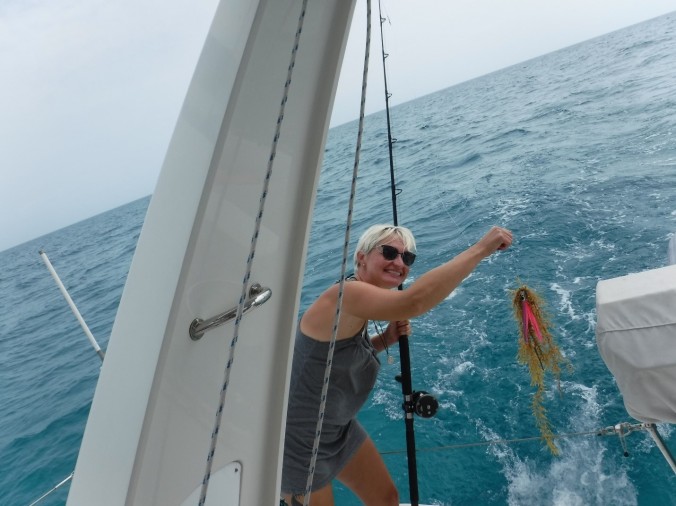 She did put up a good fight!

We tried to set the spinnaker and that was interesting.  We also tried it on land and it was still an issue.  Kevin, have you had it flying yet? 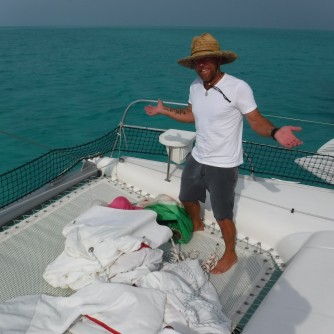 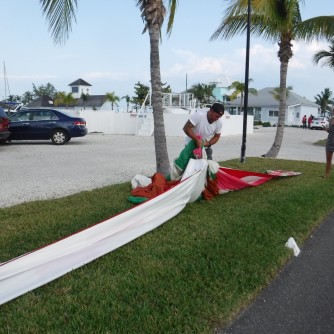 In all a great time with some super friends and life was good! 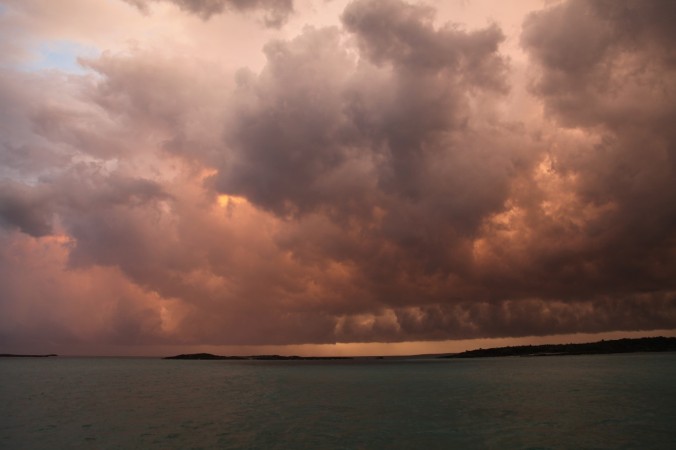 You didn’t think I would post something without some great nature moments!

Have a great day!

2 thoughts on “Life After Clipper Part 2”